If you were to Google Trigeminal neuralgia, you’d see a number of key features. Wikipedia covers both TN and atypical TN pretty well.

Briefly, it is a neuropathic disorder stemming from the trigeminal nerve. It is marked by episodes of intense pain; in fact, it has been described as being among the worst pain known to humans. You know how the doctor or nurse may ask you where your pain is on a scale of 0 to 10? It’s a 12. It is also quite difficult to diagnosis, and often treatment is tried with the hopes that there may be symptom suppression based on particular symptoms in the face, eye, head and ear, rather than there being a specific test to diagnose it. It has been spoken of as “the suicide disease” because of the intensity of pain and the difficulty in managing the condition. It sometimes presents in older patients after a bout of shingles. It can also manifest as the result of physical trauma.

I have some friends who have heard some of my stories regarding physical challenges that I’ve had throughout my life. I have generally adopted an attitude of acceptance and to large extent tolerance of the various issues. One, however, has been such a challenge that I admit to having wondered from time to time if it was worth continuing to live with it. I am not suicidal. It’s just that everyone has their limits, and I was afraid I was nearing mine. I’d been dealing with a particular set of pain issues for so long (since 1998 I sometimes say, but the lesser episodes came even earlier) that I rarely even talked about it. What for? No one seemed to understand how to help me, and while I appreciate a little sympathy as much as the next person, it was way beyond that by the time I took a chance and spoke about it to a good friend, someone who is knowledgeable about oral/facial issues.

I described the severe pain: stabbing, throbbing, burning pain that I had been experiencing since 1998. The first major flare up was so severe that it had me convinced that something was terribly wrong with my teeth in the upper right quadrant. The dentist I saw for evaluation thought so, too. I was told I needed a root canal. I was shocked, because up until that point, except for several fillings in my teeth, I’d never had dental issues. I loved going to the dentist, in fact. The first root canal was done. I was no better. In fact, I felt worse! She advised that it was now the tooth next to it that also needed a root canal. After the third in a row was completed, it became apparent that something else was going on.

Let me stop here for a second. It’s tempting at this point to say what in the world was the dentist thinking? Incompetent! The fact is, though, that it is not uncommon for people who have experienced this constellation of symptoms in the face to be misdiagnosed. There are folks who have had whole quadrants of teeth extracted, because the pain was assessed as needing this course of treatment. Root canals, I’ve learned, are also not that uncommon.

So fast forward many, many years. Years of avoiding the dentist, as I no longer enjoyed getting work done on my mouth. I’d read up a bit and heard about trigeminal neuralgia, but erroneously thought that surgery was the only definitive treatment, and there were lots of risks involved with that, so I thought well, I am going to have to live with it. The episodes came on a regular basis, but usually lasted less than a day, subsiding over the hours. More recently, it seemed to step up its game. The pain would often last for two days or more. Yes, really. I felt like someone was stabbing my eye with a toothpick, and the eye would run constantly, my jaw would feel locked up, and it seemed like the breaks between episodes were getting shorter and shorter. When I finally took a chance and shared this with my friend, she immediately recognized that I was experiencing symptoms that could indicate TN, and I learned that they have some success with anti-epileptics to suppress symptoms. Did I want to try this? I was prescribed a low dose of gabapentin. I felt some slight improvement, but there were still a lot of what I call break-through episodes.

About two weeks ago, after incrementally increasing the dose to 900mg/day, I started to have some severe break through pain. Honestly? I thought FUCK! This isn’t going to work, what am I going to do, and on and on it went. That afternoon, I was eating a snack at my desk at work and I felt a piece of tooth break in the lower right quadrant. SHIT! Now I had a broken tooth, and I was more in a panic that I would have to have dental work than I was about the cost (and trust me, I was panicked about the cost, so you can imagine). I contacted my oral surgeon friend for a suggestion on what dentist to contact. I had not been to a dentist, not once, since I moved to North Carolina in 2009. Scary, I know, but this is how I have become because of my pain experience. I was given the name of a couple of dentists and chose to make an appointment with Henry Killian in Asheboro. He is really wonderful. He listens well, he has been in practice for decades and he understands. I had the longest evaluation I ever recall by any dentist and we came up with a plan. We were both thrilled, too, that my dedicated efforts to good oral hygiene were apparent. I should get a cleaning at some point, though. 🙂

My oral surgeon friend had asked me a question soon after the tooth broke: how are you doing with regards to the trigeminal neuralgia? I said you know what? It was really bad this morning and I was in panic mode. It is not as severe now. It was suggested that the tooth that broke may have been stressing for days or even weeks and could have been triggering the break through pain. This was actually a great reassurance to me, and reinforced for me the likelihood that this is what I’ve been living with for so long. I have not had shingles, but I have survived physical trauma, and it seems possible that there is a connection. I will explore this in further writings in the months ahead.

When I shared part of this story with another friend the other day, she said “I always think that when you’re cranky it’s because of your challenges with your job, but perhaps it’s the chronic pain”. I have been thinking about that a lot lately, actually. How much one’s mood can be affected by chronic pain is something I am well aware of, but I hadn’t turned the mirror on myself. It helps to know.

I’m doing a lot better now. I may have to increase my dose, as I can still feel it wanting to break through, but the pain level is much more manageable these days.

I feel incredibly blessed to have crossed paths with people who understand, and who care. 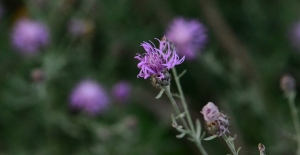